With the weather warming up and the Warriors kicking butt, we love the energy around Oakland right now. A night in snuggled up on your sofa with a bag of microwave popcorn and the Warriors dominating sounds fabulous, but there is nothing like experiencing a win surrounded by other cheering fans. So get out there and get some of that Warriors vibe in a few of our favorite watching spots: 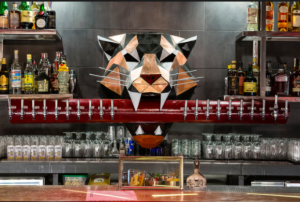 Catch us here at least twice a month chowing down on amazing asian fusion tapas. With multiple TV’s and projectors aimed at huge brick walls, the Blind Tiger is the purrrfect spot to catch the game. You can eat their popular Curry fries while watching Curry dominate. Make sure to get here super early or better yet, make a reservation. We have friends that have waited more than two hours for a spot at one of their picnic tables so heed the warning.

The New Parkway’s commitment to Oakland makes supporting this local business that much better. All food is prepared on-site, beer and wine are sourced from within 200 miles of the theater, and they strive to limit as much waste as possible. Watching the warriors on the big screen is comparable to watching the top films that have come out recently. It’s as action packed as Guardians of the Galaxy and will make you want to dance like when you watched La La Land. Buy tickets in advance ($15) as they usually sell out, no duh. 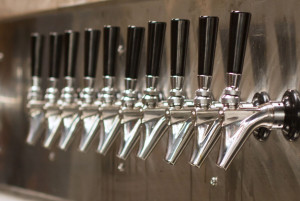 This new-ish pub and grill in the grand lake area hosts weekly trivia nights on Tuesdays and comedy nights on Thursdays but nothing pairs better with wings than sports. Watch the Warriors on one of their many strategically placed TVs. With 20 rotating taps of craft beer and bartenders as friendly as Casper, you’re sure to find something you love to sip on. 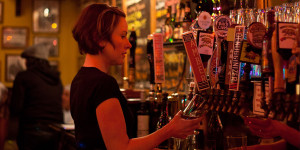 Voted Best Neighborhood Bar in Oakland in 2016, this local favorite is usually always full, but with attentive bartenders, a ton of regulars (including us), a variety of beers, bar food and occasional live music we wouldn’t expect any less. Although the TV’s are small, the sound is always on for games and Cato’s serves $4 dubnation IPA’s on gamedays. Mmmmm hops. 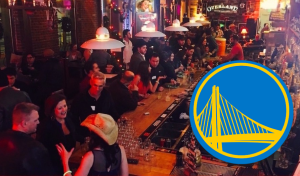 With two for one burgers on Mondays, Karaoke on Fridays, and Taco Tuesdays, this bar didn’t seem to have enough going on so it encourages people to visit for the Playoffs. Don’t be fooled by the fact that this is a country bar, Overland get’s that sports bar vibe the moment the game starts.

Official Warriors Watch parties usually spring up at Oracle Arena, keep an eye out for those!