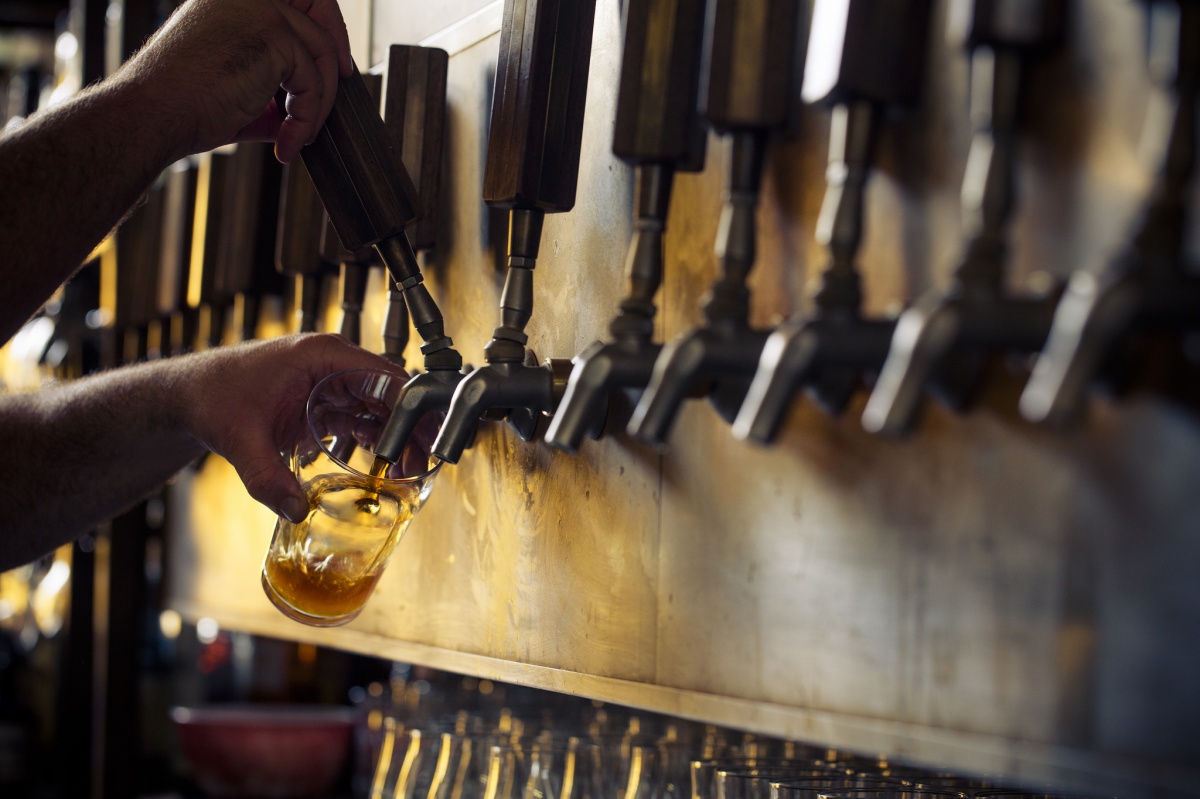 SF Beer Week is here and the East Bay is representing in style this year. With anywhere between 5 and 15 venues hosting an event in the East Bay every night this week, there are plenty of reasons to get out of the house and go exploring.

The other fantastic thing about beer week is that many of the bars are donating at least part of their proceeds to different local charities. So, not only will the beer drinking be delicious, but your warm and fuzzies won’t only be coming from the alcohol.

There are so many awesome events to choose from that we’ve tried to narrow it down for you to a few highlights every day. Happy beer-ing and be safe out there!

Tuesday, February 10th (The events we chose for Tuesday are both ice cream related. Freaky and unplanned.)

Marin Brewing Company and Smitten Ice Cream are partnering for an evening of beer infused ice cream goodness. Definitely bring your appetite for this one and watch your beer become ice cream right before your eyes!

Petaluma’s Henhouse Brewing takes over 13 of Lost and Found’s 20 taps with great variety. The brewers will be there for chatting and sampling. A great chill night of beer drinking.

Go watch a movie and drink awesome Sierra Nevada Beer. Rialto Cinemas in El Cerrito is teaming up with Sierra Nevada for a night of beer and film. They will have three new Sierra Nevada brews on tap, the Nooner Pilsner, Beer Camp Hoppy Lager, and Hop Hunter IPA. Be prepared to film your video entry on why you should go to Beer Camp at Sierra Nevada in Chico.

WOODS Bar and Brewery are debuting their Greyhound Beer, inspired by their neighbors at Cafe Van Kleef. Head down to both establishments to compare and contrast.

With all the proceeds going to Project Open Hand, this is a great way to spend your Thursday night. Breweries from all over the East Bay come together to bring their more unique beers for an evening of fun and charity.

Taps from as many ol’ Trappist beers as they can get, The Trappist is bringing it on monastery style. A great chance to taste some rare beers.

Barry Braden is debuting his new Berkeley brews in Oakland on Friday at The Half Orange. You know you want to be cool enough to say that you tried his new brew on the day it debuted.

Tours on the half hour of the new 21st Amendment Brewery. It doesn’t get any more romantic than that! Definitely a great opportunity to get a first look at the new digs and what 21st is cooking up down in San Leandro.

Lost and Found will be showcasing 14 taps of barreled beer all produced on the West Coast. Some of the breweries represented will be Deschutes, Almanac, The Bruery, Lost Abbey, and Iron Springs. Also, brewers will be mingling around talking about brewing and the barrel aging process.

It’s bitches and bastards night at Hotel Duant for Valentine’s Day. Serving up 22 oz bottles of Arrogant Bastard for $12 and 12 oz bottles of Bitch Creek for $6, you can’t really go wrong. And if you buy one of each it’s $10.

Bruce Paton, “The Beer Chef”, will be bringing his culinary skills to Barclays and using beers from Drake’s Brewing Company as his inspiration. A great excuse to have brunch and drink beer.

Celebrating the German festival of Fasching or Karnival, Brotzeit will be serving up sausages, live music, games, prizes, and $2 Fruh Kolsch. Drinking fantastic German beer on the water? We’re in.

With more than 30 breweries pouring their favorite beer and the Celebrator staff on hand to chat about the beer industry this is an event not to miss. All proceeds support the California Craft Brewers Association and it is sure to be a good time.

Join in on Hog’s Apothecary’s 2nd annual “Honky-Tonk dance party”. Fruity Rebels is a collaboration citrus IPA between Beryessa Brewing Co and Cellarmaker. 10% of all beer sales will be donated to Chapter 510 which is an Oakland literacy non-profit. So a good cause, rare beer, dancing, and fun. A fantastic way to end Beer Week for sure.

We hope you all have a safe and fun week of beer drinking and adventuring!

CatTown Cafe Will Overload Your Heart With Cuteness