The East Bay is hops-friendly, pro-hops, hoppy to see you! The craft beer and taproom scene is buzzing on the bright side of the Bay, and whether you like your beer heavy, sour, malty, grassy, creamy or fruity, you can find it all here.

Oakland alone boasts 12 breweries, nine tasting rooms and an additional four tasting rooms set to open in 2017, according to the Oakland visitors center. The East Bay scene is so robust that there’s a dedicated blog for brew geeks called www.eastbaybeer.com.

Mull over this comprehensive list of Oakland breweries and tasting rooms, and then go get yourself a cold one! 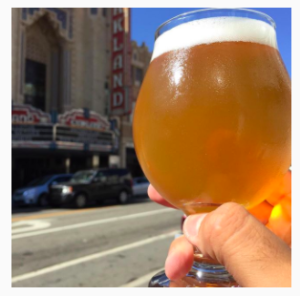 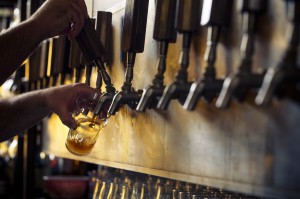 Ale Industries claims to be the oldest and largest brewery in Oakland. It usually has about 14 brews available on draft at the taproom. AI is especially known for its Cherry Kush and East Bay IPA. 3096 E. 10th St., Oakland

Diving Dog Brewhouse is a beer bar, brewery and brew-on-premises venue for customers who want to brew their own beer on professional equipment. 1802 Telegraph Ave., Oakland

Drake’s Dealership is the new offshoot of Drake’s Brewing Co., which has been around since 1989. Drake’s Barrel House in San Leandro is the original on-site, no-frills brewery tasting room with indoor and outdoor seating and up to 24 beers on tap. At the newer Drake’s Dealership in Oakland, you can get wood-fired pizza to go with all that beer. Both are kid and dog friendly. San Leandro: 1933 Davis St. #177. Oakland: 2325 Broadway Auto Row.

Federation Brewing Coming soon. According to Federation’s website, the company is raising money to build its own brewery in Oakland, and in the meantime is brewing at EJ Phair in Pittsburg.

Ghost Town Brewing, recognizable for its eerie labels, is scheduled to open a tasting room later this year.

Line 51 No tasting room, so check out their “Tap Map” to see where Line 51 is being poured.

Lucky Devil Brewery No tasting room. Use this website map to find their brew.

Oakland United Beerworks  is preparing to move into a new taproom and brewery space across the street from the Amtrak Station in the fall.

Old Kan Beer & Co. will be opening on site of old Linden Street Brewery. The name is an anagram of Oakland. Get it? 95 Linden St., Oakland

Roses’ Taproom is billed as a boutique brewery coming in March to a space adjacent to Temescal Alley. 4930 Telegraph Ave., Oakland

Temescal Brewing stands out with its artful logo in ‘80s pastel pinks, blues and greens. The tasting room and beer garden are located at 4115 Telegraph Ave., Oakland.