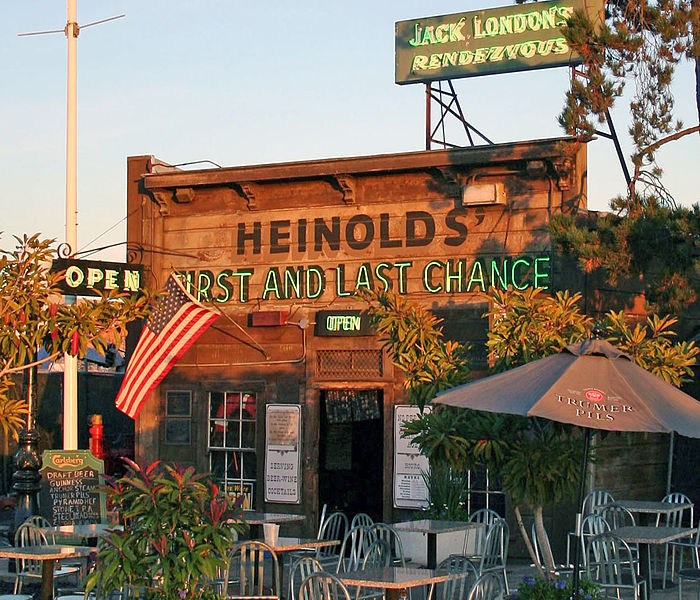 Heinolds is truly a memorable historical monument that resides in Jack London Square in 1883. This small saloon was built from the timbers of an old whaling ship. As many seafaring men embarked on their voyages from the Port of Oakland, the first and last chance for refreshment became a tradition. The saloon was then named Heinold’s First and Last Chance.

This bar is also known as Jack London’s Rendezvous. As a schoolboy, he studied at the same tables inside the slanted bar. When the 1906 earthquake struck, the pilings underneath the saloon settled in the mud and created a downward slant as you enter inside. If the un-leveled ground is too off putting, then there are plenty of seats and tables to take outside. It’s a great spot to visit on a sunny day with fantastic views of the bay, great service, and very memorable Bloody Marys.